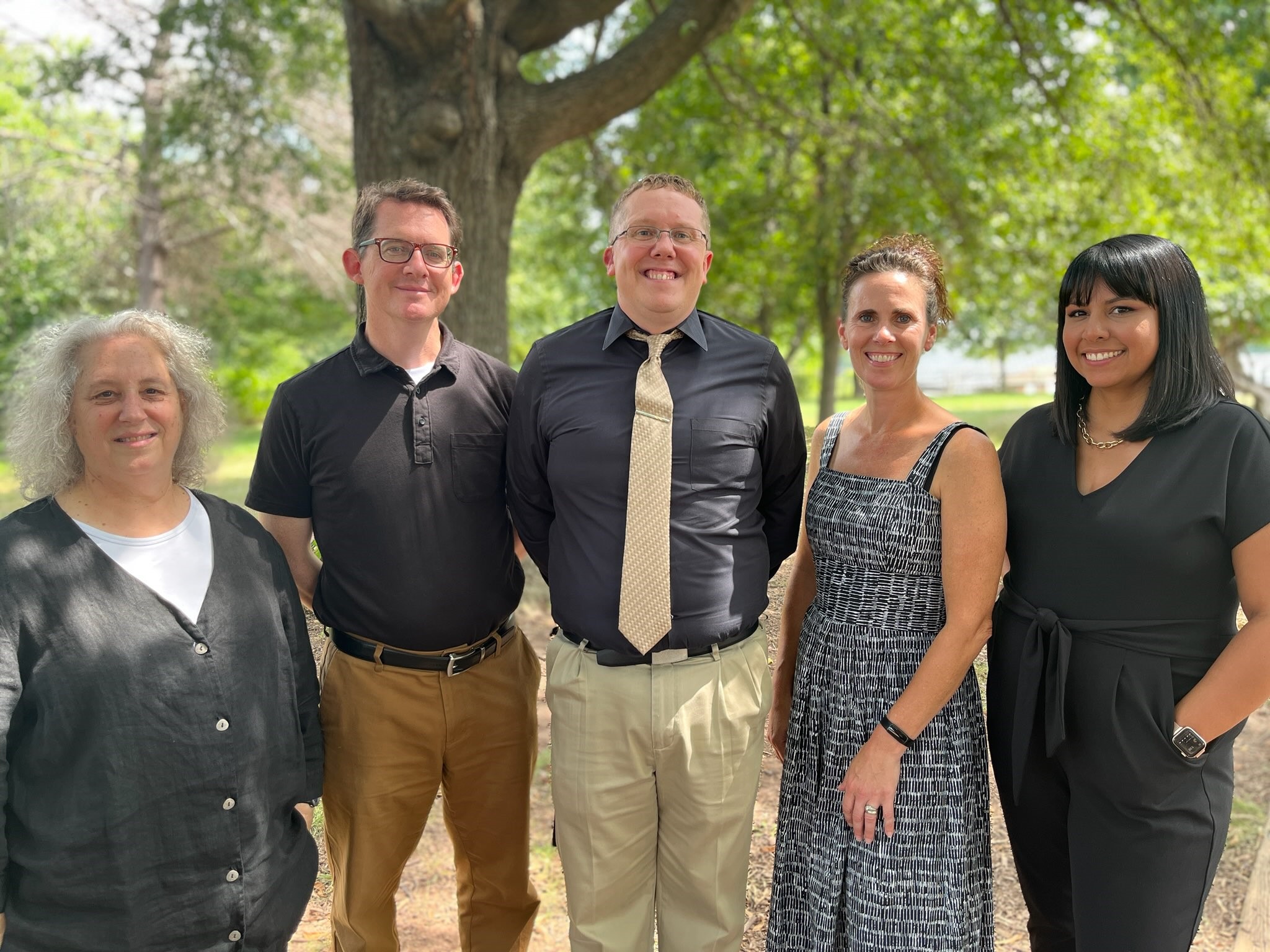 This is Mark Carothers’ fourth year as principal at Poolesville High School (PHS); he started at PHS the same time as this year’s seniors! Mr. Carothers has also worked at Watkins Mill, Magruder, Damascus, and Clarksburg High Schools as an English teacher and administrator. Mr. Carothers graduated from Slippery Rock University in western Pennsylvania and earned his Masters Degree from McDaniel College. Outside of school, Mr. Carothers enjoys traveling with his family, supporting his son, Christian, at his baseball games, and following Pittsburgh sports. Mr. Carothers believes every student deserves quality first instruction and to know they are seen, heard, valued, and supported.

Ms. Rivas-Smith has been an educator in MCPS since 2008. A former English teacher and English Content Specialist, she has taught students in grades 7-12 in multiple middle schools and high schools throughout Montgomery County. She also served on the administrative teams at Richard Montgomery HS and Tilden MS before arriving at PHS in 2021. Ms. Rivas-Smith graduated from Penn State University in 2004 with a Bachelor of Science in Secondary Education, then graduated from The University of Maryland in 2013 with a Master of Education in Adolescent Development. She enjoys well-written television, funny Tik-Toks, and listening to students’ music recommendations. Her husband also proudly serves students and families at Northwest High School. When she’s not at PHS, she enjoys cheering on her son Leandro, 7, at soccer games, and watching her daughter Eliana, 9, cheer for the youth Linganore Lancers. Fun fact: Ms. Rivas-Smith was a string musician for over 20 years, and was the concertmaster for the NIH community orchestra in 2009.

Ms. Wilder began her MCPS career at Poolesville High School in 1999. Her roles at PHS include English teacher, English department resource teacher, staff development teacher, elected faculty representative, coach, class sponsor, National Honor Society advisor, and Black Student Union sponsor. Prior to working for MCPS, Ms. Wilder worked in private schools in Ohio and Maryland. She graduated with a BA-English from The College of William and Mary and earned her Masters degree in Education & Human Development from the University of Maryland. Ms. Wilder enjoys competitive cooking, guerilla gardening, and raising money for her local library. She lives in Frederick County with her husband and four children, a poorly behaved dog, two cats, and many chickens. Fun Fact: Ms. Wilder, along with Mr. Leong and Ms. Clowe, participated in the original Staff Infection act at the 2005 Talent Show.

Mr. McKenna joined the ranks of MCPS educators in 2001 at Richard Montgomery School and then moved west to Poolesville High School in 2008. As a Falcon, he has served as an English teacher, elected faculty representative, Humanities Head of House, English department resource teacher, and Debate coach. He earned his Bachelors in English Literature and Composition from Penn State and then did the unthinkable – for a Nittany Lion – by going to the University of Michigan for graduate school. He also completed an educational leadership certificate at Hood College. When not working with students and teachers at Poolesville, he spends his time trying to train his new dog, practicing his guitar, and enjoying the company of friends and family. He makes his home in Lovettsville, VA with his brilliant wife of 23 years and four children. Fun fact: Mr. McKenna inexplicably won a recent “Most likely to win a rap battle” staff award even though he lost the only rap battle that he ever entered (to Mr. Ward). On the other hand, Mr. McKenna has been spotted leading pop music sing-alongs with students at pep rallies.

Ms. Krouner is originally from New York, started with MCPS in 2004, and worked at Wootton High School for 5+ years before moving to PHS in October 2009. She has a BS in Administration of Justice and a MS in Justice, both from The American University in DC. Ms. Krouner met her husband her first year of college, has been married for 43 years, and lives in the invisible city of North Potomac. She has 2 wonderful grown children and 2 tremendous grandchildren, all of whom live and work in the DC Metro area. She enjoys cooking, going to museums, and spending time at the beach. Fun Fact: Ms. Krouner won awards for her original ceramics creations and really wishes she had the time and space for her own ceramics studio, including a wheel and kiln.