During Coach Zanni's tenure at Magruder, the girls team has posted 21 consecutive winning seasons, won 13 county titles, 13 Magruder Invitational Championships, 4 Regional Championships, 2 Sectional Championships, appeared in the state finals three times and won the 2019 3A state championship with a 25-0 record. During this time Magruder has consistently been ranked among the top teams in Montgomery County and three times has finished ranked #1 in the county (2005, 2009 and 2019) . Additionally, Magruder has finished ranked in the Washington Post Top Ten 6 times (2003, 2004, 2005, 2009, 2012 and 2019) and been ranked during the season 5 other seasons (2006, 2008, 2010, 2017 and 2018). Under Coach Zanni's guidance, Magruder has produced 37 players that have earned All-County honors and 3 who have earned County Player of the Year (Maya Scott, 2019, Michelle Fowle, 2009 and Rachel Dougherty, 2004). Additionally, 22 players have earned All-Met honors and 36 players have gone on to compete at the intercollegiate level.

Coach Zanni graduated from Penfield High School outside of Rochester New York(class of 1988). A three year letter winner in volleyball, the teams he played on went 67-1, winning three straight regional titles and the unofficial 1987 state championship.   He was two time All Western NY volleyball player and Player of the Year in the Rochester area for 1987.  He also played two years of club volleyball with Rochester based Pace Bootlegger. He was captain of the 1987-1988 team that won a silver medal at the 18 and under AAU National Championships. In 1998 Coach Zanni was inducted in the Penfield High School Athletic Hall of Fame.

Scott completed an undergraduate degree in Secondary Social Studies Education at the University of Maryland, College Park, where he played volleyball for 4 years for a Maryland team that at the time played a split varsity/club schedule. During those four years Maryland posted an overall record of 114-21. At Maryland Scott was a three year starter and team captain his senior season. These years would further his development as a player, but his also ignite an interest in coaching as well. Upon graduation in 1992 Scott immediately began his teaching and coaching career at Albert Einstein High School. After three seasons as the girls varsity coach (25-20 overall record) and two seasons as the boys varsity coach (10-18 record), Scott moved to Magruder where he has coached girls volleyball for the past 24 seasons and coached boys volleyball from 1996-2001 (overall record of 43-24).  Scott also spent 8 years coaching boys club volleyball for the Maryland Volleyball Program, taking several teams to the USA National Championships.

Scott is married to Meredith Zanni, a chemistry teacher at Blake High School. They have a daughter, Emily, who was born in May of 2005 and a son Ryan who was born in August of 2007.    Their family lives in the Olney area.

Wanda Hsiung has been a fixture of DC area volleyball for decades and brings years of playing and coaching experience to the Magruder volleyball program.  In 1981 Wanda was hired as the Girls Varsity and Coed Varsity Volleyball Coach (no Varsity boys volleyball then).   She served as the Girls Varsity Coach for 35 years, recently retiring from that position and continued as the Coed Varsity Coach until 1992 when Boys Volleyball started.  She continues to serve in that position.  To date Wanda has coached 70 seasons at Kennedy, which is likely a state record.   During her time at Kennedy her teams have won several county titles.  She's coached dozens of student-athletes that have earned all-county honors and played collegiate volleyball.

Wanda has also been actively involved in volleyball in the DC area.  She (and her husband Shang) created and ran the Maryland Volleyball Program, a boys travel team that competed regionally and nationally.  Wanda coached these travel and club teams for well over a decade.   Wanda served on the Board of Directors of the Chesapeake Region Volleyball Association for over 20 years, including over 10 years as the region registrar.  Wanda has also worked the University of Maryland Women's Volleyball camp (1981-1991) and Men's Volleyball Camp (1992-2004)

Wanda grew up playing volleyball in the Baltimore area and attended Parkdale High School.  She lettered in volleyball and gymnastics.  After graduation, Wanda attended the University of Maryland, where she played volleyball for four years and was on scholarship the last three.   Wanda graduated with a Bachelor's degree in Special and Elementary Education.  She's worked as a teacher at Kennedy High School, a substitute teacher in MCPS and currently works at the City of Takoma Park Library.

After graduation Wanda began her coaching career, but also has continued to play volleyball.  She played on a Women's AA team from 1978-2000 and still competes in the Women's A/B league.  Wanda has played more than 20 USA National Volleyball Championships at a variety of levels and age groups.  Wanda is married to Shang Hsiung, who is currently the director of the Volleyball MD club.  They have a daughter Amanda who was an all-county volleyball player at Blair.

Geoff is a 1985 graduate of Walter Johnson High School. He starred in soccer and coed volleyball (in the 1980's MCPS only offered coed volleyball). His soccer team advanced to the state finals in his senior season and he also was an all-county coed volleyball player. After graduating from WJ Geoff attended Carnegie Mellon for one year before transferring to the University of Maryland to play volleyball. Geoff and Coach Zanni were teammates for three seasons at Maryland. Geoff was a versatile player at Maryland, playing three different positions during his playing career (middle, opposite and outside hitter) making him perhaps the only player in the history of the program to start at three different positions. Geoff also played six seasons with the Maryland Alumni Volleyball Men’s AA team and played in three USA Volleyball National Championships. He still plays recreationally.

While Magruder is Geoff's first coaching experience, he is the longest tenured "volunteer coach" in Montgomery County and is in his 14th year with the program.  In doing so Geoff has dedicated his time, energy and efforts into helping develop Magruder's players. During this time his responsibilities have included training the middle hitters and outside hitter, and developing and implementing game strategies. In the 2007 season, Geoff assumed the position of head coach for several weeks while Coach Zanni was on leave with the birth of his son Ryan. For 2015, Geoff will again return as the top varsity assistant and will be a valuable asset to the program.

Geoff currently works as a software writer. He lives in the Rockville area. 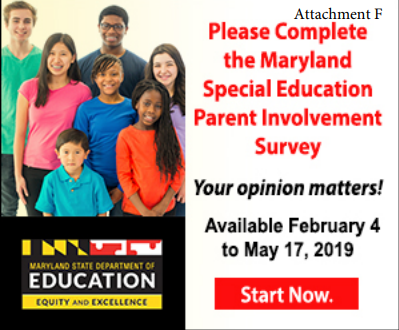