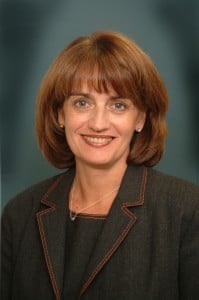 JoAnn Leleck was a lifelong educator and a visionary school leader whose work is still having an impact on education today.

Mrs. Leleck—who was known as Jody to her family, friends, and colleagues—was an educator for more than 26 years in Montgomery and Prince George’s counties, and served as a teacher, assistant principal, principal, and administrator. From 1999 to 2004, Mrs. Leleck was the principal of Broad Acres Elementary School, where she led a remarkable turnaround at one of the most impacted schools in Montgomery County Public Schools (MCPS).

When Mrs. Leleck assumed leadership of Broad Acres, it was among the district’s lowest-performing schools. The school was reorganized to bring stability to the staff and to build a focus on developing the literacy skills of students, about 90 percent of whom were living at or below the poverty line. Mrs. Leleck oversaw the implementation of early childhood education reforms at Broad Acres, including full-day kindergarten and lower class sizes in Grades 1 and 2. She also implemented efforts to extend the school day and the school week, and oversaw a highly competitive teacher recruitment process.

"Her leadership created an atmosphere of excellence. She instilled the belief into every student, staff member and parent that they were the force behind this school being one of the best performing schools in the county. Jody always treated the students, staff and community with complete respect and brought out the best in everyone around her."

Under Mrs. Leleck’s leadership, student achievement at Broad Acres rose dramatically, and it became one of the highest-achieving schools in MCPS at the time. For instance, the percentage of students passing state reading tests rose from 13 percent in 2000 to 75 percent in 2004. The strategies used to turn around Broad Acres were featured in a book—Leading for Equity: The Pursuit of Excellence in Montgomery County Public Schools—published by Harvard Educational Press. The book is still used today by educational leaders across the country.

Following her tenure at Broad Acres, Mrs. Leleck served as the MCPS associate superintendent for curriculum, where she led efforts to overhaul elementary school instruction. She later served as chief academic officer for MCPS. Her commitment to educating all students to a high level remained strong, even as she battled an aggressive form of colon cancer. She retired in 2011, but remained connected to the work of MCPS and continued to serve as a mentor to her colleagues. Mrs. Leleck died on December 11, 2012.

In 2014, more than 200 members of the Broad Acres Elementary School community signed a petition asking the Board of Education to consider renaming the school in Mrs. Leleck’s honor. In June 2014, Board member Michael Durso, a former principal colleague of Mrs. Leleck’s in the Northeast Consortium, asked the Board to consider the name change. Superintendent of Schools Joshua P. Starr presented a resolution to the Board on September 22, 2014, to formally change the name of the school to JoAnn Leleck Elementary School at Broad Acres. The resolution received unanimous support from the Board. On the day of the vote, Phil Kauffman, president of the Board, said “Jody Leleck was an outstanding educator who impacted the lives of countless children through her work as a teacher and a school leader. I can think of no better way to honor her legacy and her life’s work.” The name change became official on October 1, 2014.

"She asked each candidate a simple, yet profound question that she was well known for, "Are you worthy of our students?" Jody knew that our children's worth is priceless and whomever we entrust with our children must be worthy of them."

We are still available during virtual instruction!