The Roadrunner is a swift, ground-dwelling bird found in the brushy deserts of the Southwestern United States and Mexico. Roadrunners can fly, but they are most at home on the ground.

They can run as fast as 15 miles (24 kilometers) per hour. The name roadrunner comes from the bird's habit of racing down roads in front of moving vehicles and then darting to safety in the brush.

Other names for the bird include chaparral cock, ground cuckoo, and snake killer. The roadrunner is the state bird of New Mexico.

Roadrunners measure nearly 2 feet (61 centimeters) in length, about half of which is tail. They have long, sturdy legs and a slender, pointed bill. The upper body is mostly brown with black streaks and white spots. The neck and upper breast are white or pale brown with dark brown streaks, and the belly is white.

A crest of brown feathers sticks up on the head, and a bare patch of orange and blue skin lies behind each eye. Roadrunners eat chiefly insects and small vertebrates (animals with backbones), including gophers, baby birds, mice, lizards, and snakes.

Roadrunners kill their larger prey by beating it against a hard object and then swallowing it whole. Roadrunners build a cup-shaped nest of sticks in a low tree or a clump of cactuses. They line the nest with leaves, grass, and other soft materials.

The female roadrunner lays from two to six white or yellowish eggs.

Scientific Classification: The roadrunner belongs to the cuckoo family, Cuculidae. Its scientific name is Geococcyx californianus. 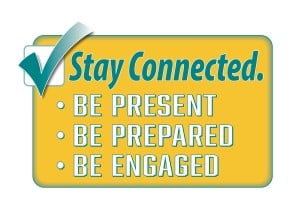