Rockville High School (RHS), the 16th public high school to open in Montgomery County, MD, welcomed its first two classes in the fall of 1968 with 252 freshman and 246 sophomores, who went on to be the first graduating class in 1971. 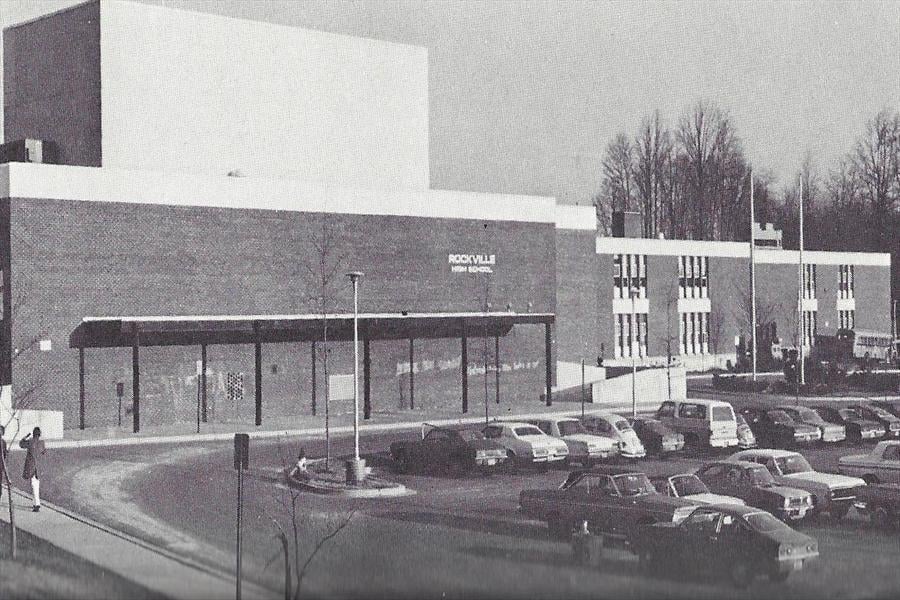 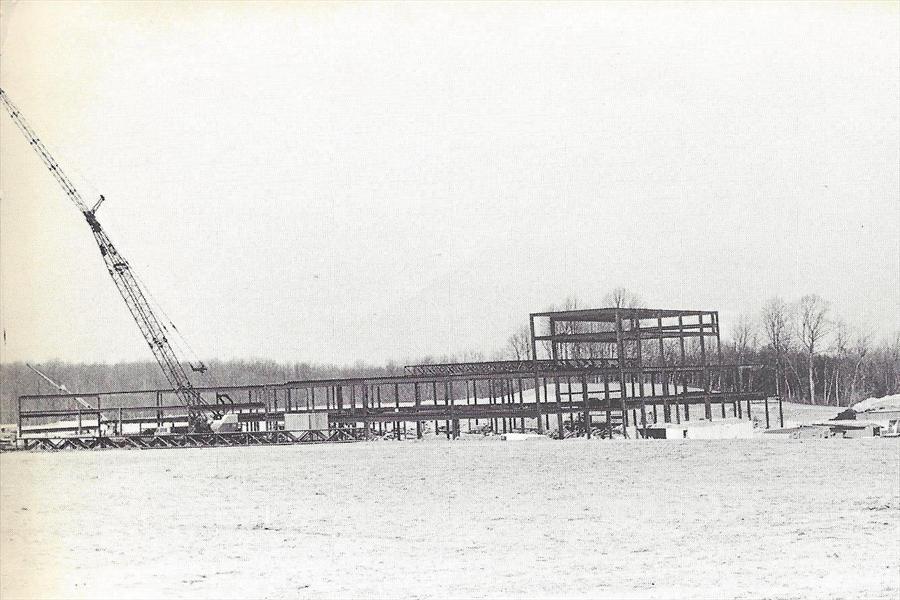 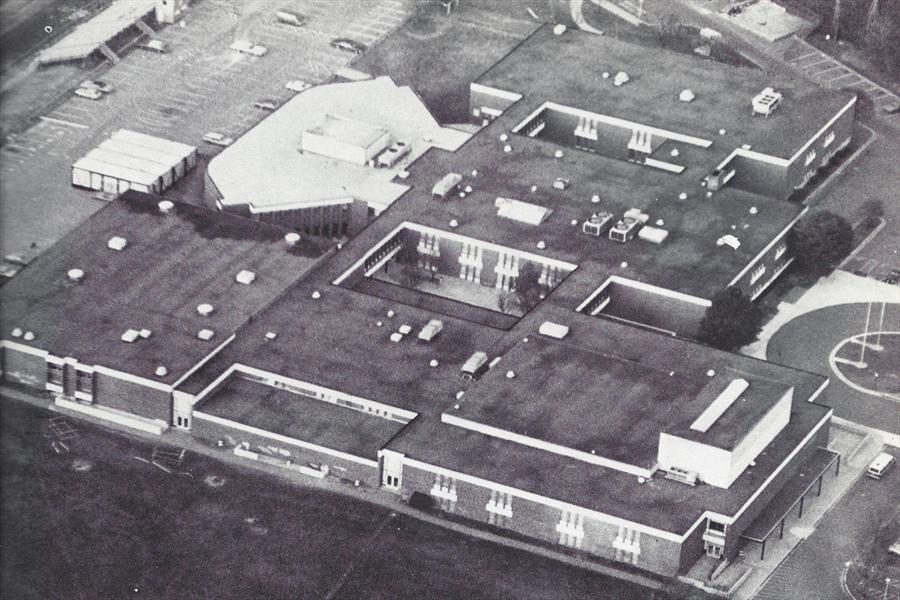 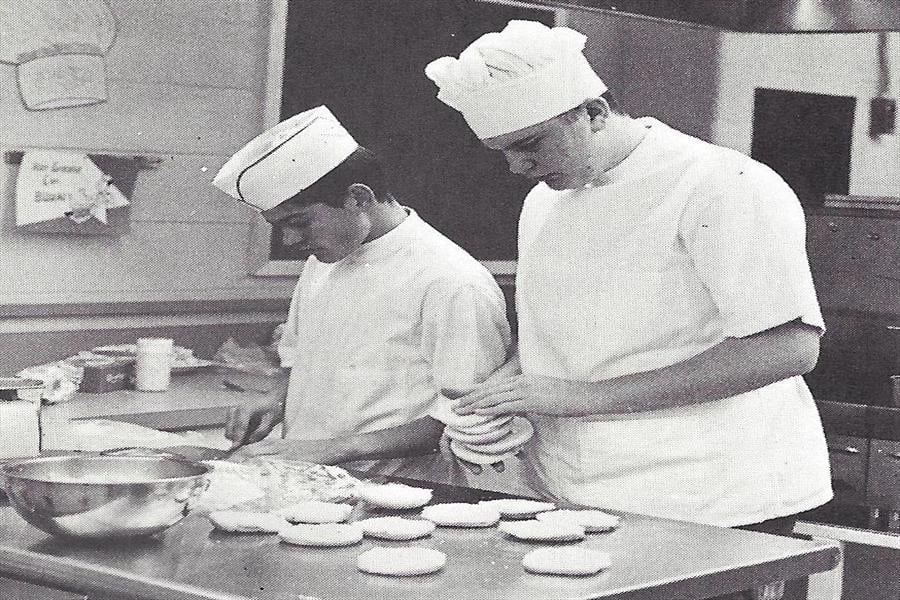 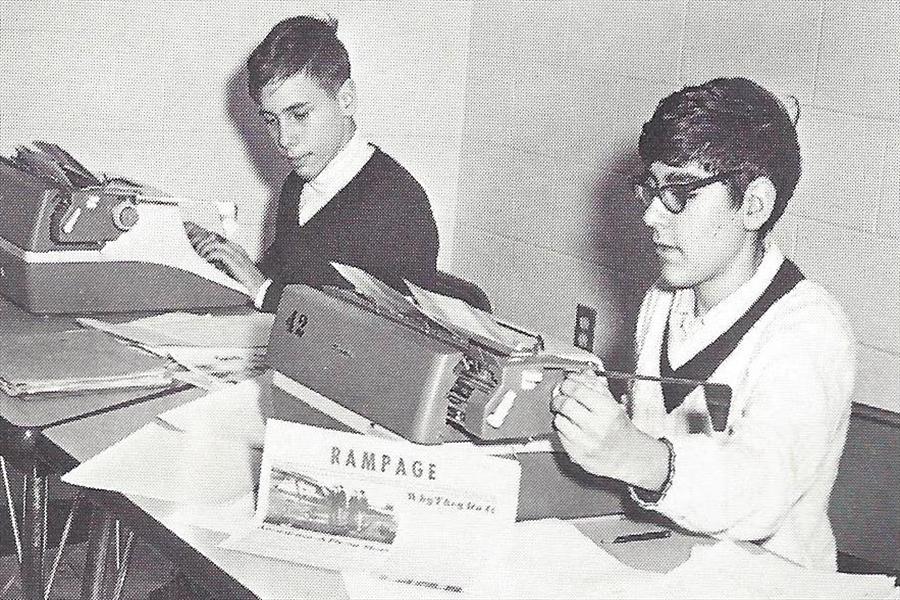 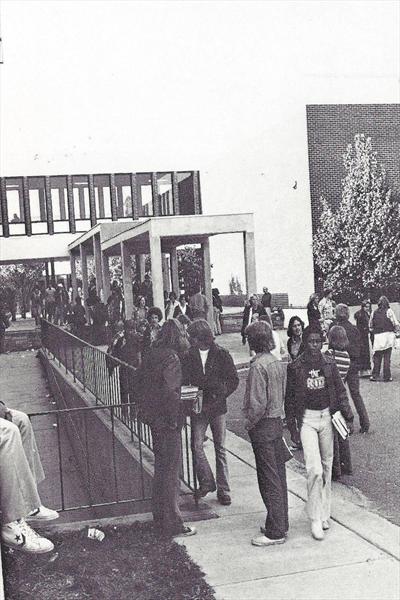 When asked about the highlight of their time at RHS, the school’s alumni remember activities like the floats that were driven around the track during half time of homecoming games, walking through the courtyards, skywalks, and breezeways to access the various wings of the original school building, the classroom with no walls, and the various vocational class offerings. The culinary/cuisine class and the adjoining Ram’s Room restaurant were notable memories for many alumni. An invitation to eat lunch in the Ram’s Room was a great honor for students.

The school’s population has grown significantly since 1968 due to a variety of factors like welcoming students from Robert E. Peary High School which closed in 1984. In addition to the new students, RHS inherited the only pipe band in the state which originated at Peary in 1961. The pipe band performs several times throughout the year at a variety of events including the Marine Corps Marathon in Washington, D.C., and each year at the school’s commencement ceremony. 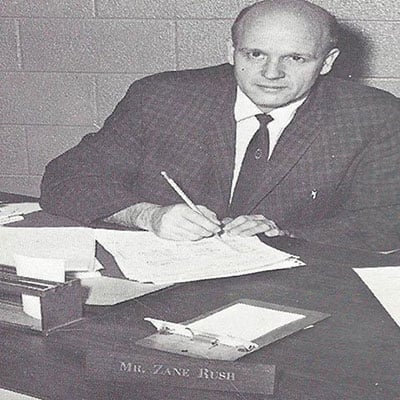 The new RHS building opened in 2004 to accommodate the expanding student body. In addition to updated classrooms and computer labs, the new building boasts multiple outdoor athletic fields including the Joseph B. Good football stadium that was named after RHS’s first principal, the Zane Rush Auditorium which was named after the first guidance counselor and RAMSTAGE, the school’s drama program which puts on two productions each year.

RHS houses three special education programs including Autism, Learning for Independence (LFI), and the only secondary deaf/hard of hearing program in the county. The integration of these programs offers many positive benefits for students, faculty, and staff.

Though one of the smaller schools in the county, RHS provides students with a wide variety of programs and classes to prepare them for their future. RHS is an International Baccalaureate (IB) school and has an International Baccalaureate Career-related Program (IBCP) for highly-motivated 11th and 12th grade students who wish to pursue career-related study as well as IB study, offers 15 Advanced Placement courses, and college preparedness programs like Project Lead the Way (PLTW) and Achieving Collegiate Excellence and Success (ACES).

Today Rockville High School has its largest and most diverse student body with students from around the world which helps foster respect and appreciation among the 1,340 students.