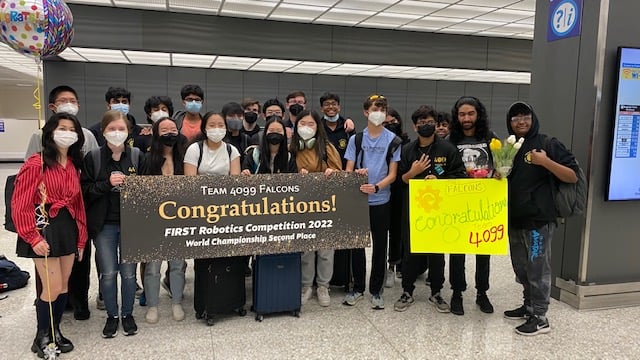 The Robotics Team at Poolesville HS - TEAM4099 THE FALCONS have won the Gold Medal and Trophy at the TURING DIVISION level FIRST ROBOTICS competition at Houston, TX held last week.

Poolesville HS team competed in the First Chesapeake District and further moved to TURIN division winners and then competed with 9000+ teams at the USA National and some international teams in the World Championship competition and won this Finalist Trophy and medal.