Keeping in touch with our SMCS House graduates is of the utmost importance. If you have graduated from the Science, Math, Computer Science House Program and would like to have your testimony added to the alumni page please email Mr. Curran at:

We would love to hear from you.
Please use the following format:

What are you doing now?

Dear Mr. Pulupa,
I would like to begin by expressing my gratitude of being a student in your Applied Statistics class. The concepts that I learned in that class helped me in completing the data analysis portion of my summer internship. The vague p values and t tests that we learned in class actually had a real life application. I feel as though the background in statistics gave me more credibility as a student researcher over the summer. When I discussed the data with my mentor, I was confident in using the terminology that we learned in class, because I actually knew what the words meant. In conclusion, thank you for all that you have done for me, and know that your hard work was not in vain.

“Since I've graduated I have had so many amazing experiences in STEM. In all of these experiences, one thing that has remained consistent is my gratitude toward the SMCS program and everyone at PHS. I am currently the top student in my class in my major (Biophysical Sciences), I have picked up a minor in Business, and I will be graduating in May 2017 -- a year early. Of course I've had to work very hard to achieve these things, but I know without a doubt that I would not be the student, person, or scientist that I am today without SMCS. While at NASA she wrote, “Being inside of the Autonomy Incubator (where they test autonomous vehicles) took me back to my high school in my Research Design class in the Science, Math, & Computer Science (SMCS) program at Poolesville High School. Our teachers teamed up to build an entire “unknown terrain” for us on a planet they christened “Falconia” (after the school’s mascot). The research, experimental design, computer programming, data collection proposals, and engineering techniques that they taught us were a simpler, more concise version of everything being done in NASA’s LRC Autonomy Incubator. Realizing in that moment how well the teachers in SMCS had equipped me to go out into the “real world” of STEM and be an active, contributing member of the field fills me with a sense of appreciation that even in this moment, almost brings me to tears. Their dedication to my education is what allowed me to truly do what Bolden implored – to be fully immersed in my experiences at NASA because I was able to understand the information being presented.” 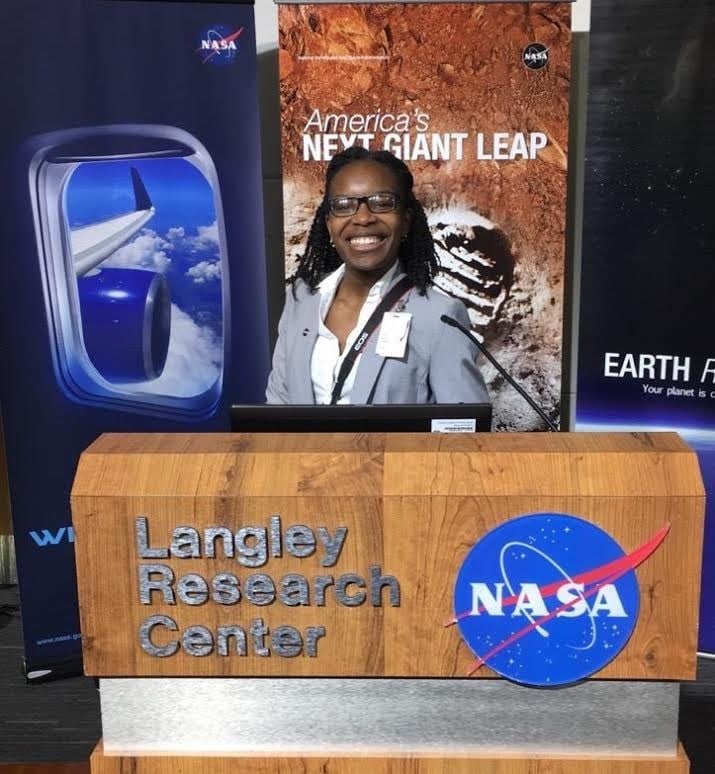 I just wanted to let you know that I passed MIT's Advanced Standing Exam for MV Calc. The test was easier than some of your exams. Thank you for preparing us so well. 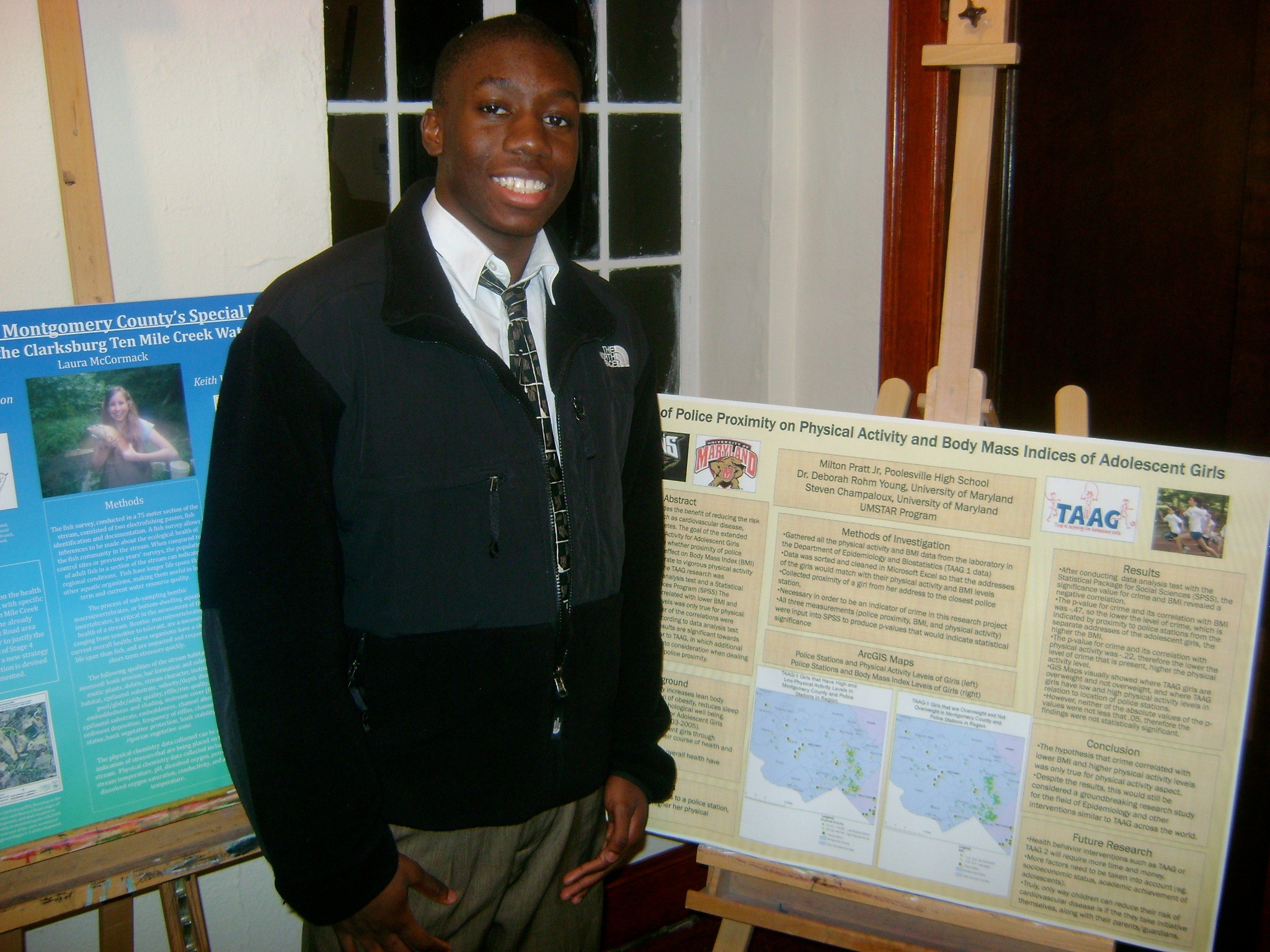 I wanted to email you in regards to what I have been doing with my life ever since I graduated a little over four years ago. I attended the University of Pittsburgh from 2010-2014 and attained a Bachelor's Degree in Neuroscience with a minor in Chemistry. My desire to pursue Neuroscience came from my upbringings with my autistic brother, who's condition pushed me to find out the answer to the question: "Why?" Although the major was tough, I was ultimately able to succeed---graduating Magna Cum Laude along with a Departmental Honors designation at graduation. I am currently in the process of medical school applications, with the aim of matriculating in the Fall of 2015.

Despite the wonderful and amazing experience I had at the University of Pittsburgh, the most significant accomplishment that I have had to date came when I was selected to be a part of the 2014-2015 U.S. Fulbright Program. The Fulbright Program is essentially a cultural exchange program that allows U.S. students that attained a Bachelor's degree to travel to different countries of the world to either pursue an English Teaching Fellowship or a Research Fellowship. I am currently doing research at the University of Crete School of Medicine in Heraklion, Greece. My project entails investigating the effects of anxiety on visual performance and blinking behavior, through the use of eye tracking and electromyography recordings. The ultimate aim of the project is to see whether these techniques can be furthered as early diagnostic tools in a clinical setting, as well as to further understand the effects of behavioral abnormalities on sensorimotor/visual processes. I departed for Greece on September 14th, and will be working on this project at the University of Crete School of Medicine until June 21st, 2015.

I still remember getting the phone call from you in the summer before the 2006-2007 school year saying that I had been accepted into the Poolesville High School SMCS Magnet Program, and I can honestly say that moment still stands as one of the best days of my life. So I wanted to personally update you on my success mainly because of the positive impact that the SMCS Magnet Program had on me. As you well know, initially when I started the program back in 2006, it was a tough stint. I had a lot of catching up to do in regards to matching up to the standards set by the program. However, if there's one thing that being in the program taught me, it was the importance of never giving up. I almost dropped out of the program after the first quarter of my freshman year because I felt like I couldn't keep up with the other students. I started to question my intelligence, and whether I had it in me to complete the program. Nevertheless, I'm glad that I stuck through it and I am proud to say that I am alumni of Poolesville High School.

Please pass this message on to the other teachers of the SMCS Magnet Program that might still remember me from the Class of 2010 (Mr. Curran, Mr. Estep, Mr. Lee, Mrs. Gum, Dr. Mallow, Mr. Flowers, and anyone else that I may have forgotten), because while I do plan on contacting them in the near future as well, I think this email addresses a very important point that needs to be known---which is that current and past students from the program truly appreciate all the hard work and dedication that the faculty puts into making Poolesville High School one of the best schools in the country.

I hope you are doing well. I was in the SMCS Graduating Class of 2010 and I just wanted to touch base with you and tell you how I have been doing over the past 4 years after graduating from PHS.

As you may have known, I attended the Rose-Hulman Institute of Technology in Terre Haute, Indiana and graduated back in May with a Bachelor’s Degree in Civil Engineering. Upon graduating, I took a full time job working as a civil engineer for AECOM, one of the largest civil engineering firms in the world. The company currently has close to 100,000 employees including engineers, architects, planners, and construction personnel working for clients in over 150 countries. We were recently ranked as the #1 engineering design firm by revenue in the Engineering News-Record magazine’s annual industry rankings. Within AECOM, I am working in their Transportation line of work – most of my projects have been related to the water resources and highway design aspect of civil engineering. This has been a very significant event in my professional career as a graduate from Rose-Hulman, ranked as America’s #1 undergraduate engineering college by US News & World Report for the 16th straight year.

Back in 2006 when I first came to PHS as a freshman, I honestly never expected to end up where I am now. At first, I was excited to be part of such a select group of students, but in the back of my mind, I was not entirely sure if I was going to be able to keep up with the academically fast-paced environment. Even though I was a fairly social student with a good personality and work ethic, there were many times where I struggled within the program, whether it be in my freshman physics course with Mrs. Redman, or in Calculus with Mr. Flowers. Halfway through my freshman year, when I was at my lowest point academically, I realized that I needed something to counterbalance my academic side at PHS which turned out to be joining the track and cross country teams. As important as academics is, being in SMCS taught me that having an outlet was the key to success in the classroom, whether it be taking part in the school play, playing a sport, or simply just taking a moment to hang out with friends. As much as I was discouraged to pick up a sport due to my academic performance, joining the track and cross country teams was one of the best decisions I made during my time at PHS. It taught me not only about the importance of teamwork, but also about perseverance and determination – As a result of the hard work I put in during those 4 years at PHS, I went on to run as a member of the varsity track and cross country teams at Rose-Hulman. However, all of these efforts did not go unnoticed in the classroom either. The sport of track & field and cross country taught me many things, but most importantly, it taught me to be persistent in the goals that I pursue. There were many times in class earlier on in my freshman year at PHS where I simply wanted to throw in the towel because of a tough assignment. However, the things I experienced as a member of the PHS track and cross country teams really taught me to push through those assignments, always striving to do better than before.

Once again, thanks for the great 4 year education – I have come a very long way since my first day at PHS, but being a student there has served as a great stepping stone for me in what I have achieved so far to date. As a proud graduate of the PHS SMCS program, I will continue to work hard to pursue larger goals as a civil engineer.

Mr. Pulupa,
Over the summer, I interned at Children's National Medical Center in order to complete my senior research project. While my project did not focus on statistics, it was an important part in my data analysis. I would like to say thank you, as your class prepared me very well for it. My work involved using T-Tests in order to check for a significant difference between samples. My mentors were very impressed by my knowledge and background in the subject. Thank you again, and I hope that your class helps the students this year as much as it helped me.