Take a minute to recognize the achievements of our students for the 2016-2017 school year!

Alvin Ya, junior, won third place in the American Society of Human Genetics’ 2017 DNA Day Essay Contest. Alvin’s teacher is Ms. Mary Alice Adah. This year’s highly competitive contest saw entries from 38 U.S. states and 22 countries. The success of your student and teacher represents a wonderful accomplishment and real honor for your program.

As part of Alvin’s award, Poolesville High School will receive a $400 equipment/materials grant to support the purchase of genetics-related laboratory equipment or classroom materials. Congratulations again on having a student among the winners for this year’s DNA Day Essay Contest. 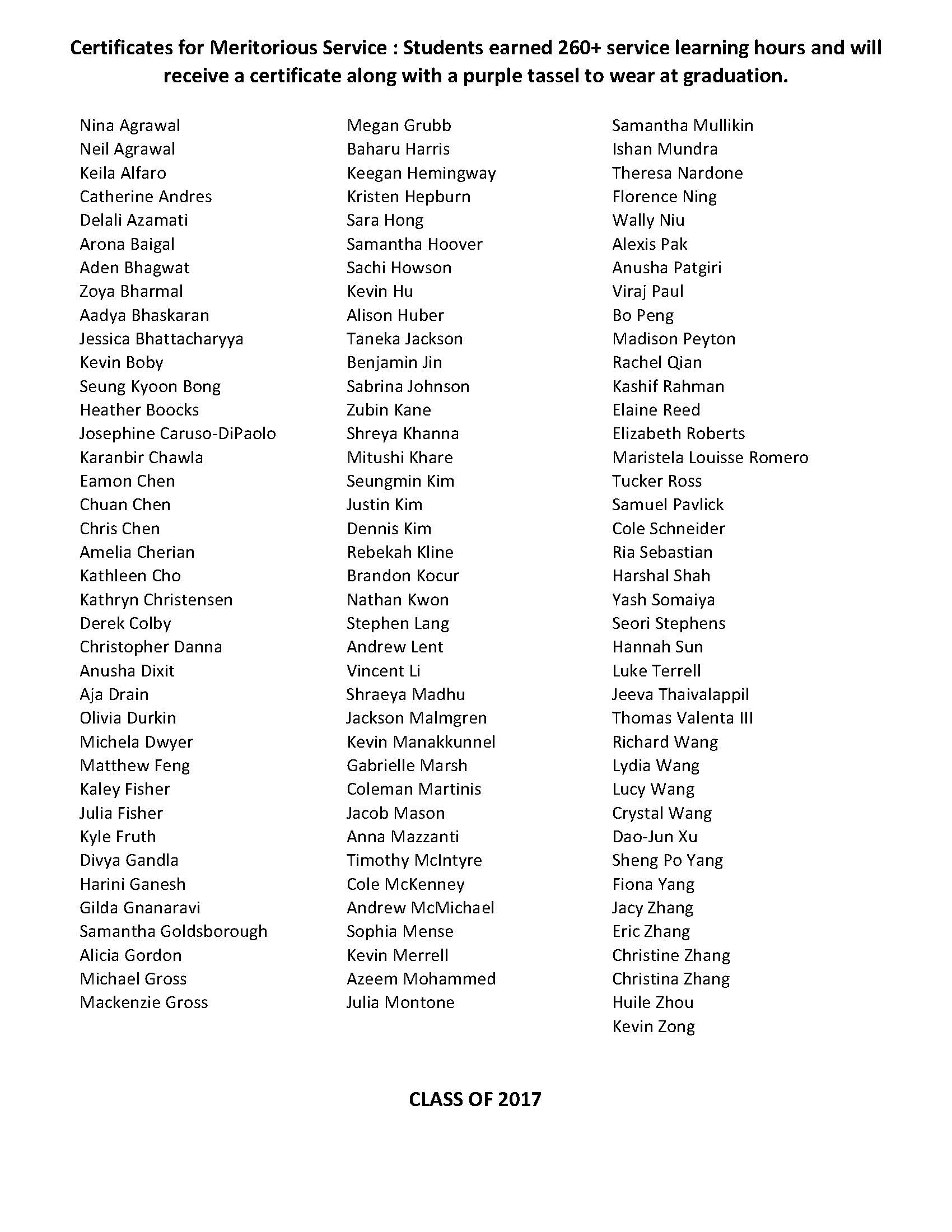 The theme for the photography show this year is “Explore.” Students from 13 submit 261 photographs, then jurors selected 53 to be showcased. Five students won prizes. The exhibit is one of JHU’s programs designed to get children excited about STEAM education. (STEAM is an acronym for Science-Technology-Engineering- Art-Mathematics.) The A in STEAM is for “art,” an important component of a well-rounded student’s education. 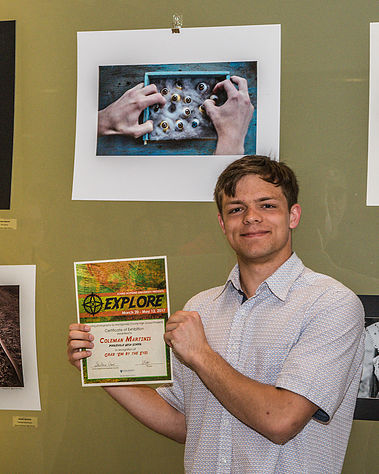 A standout photograph was submitted by senior Coleman Martinis’ “Grab ‘Em By the Eyes.” Martinis, a Poolesville High School senior, who won second place for his photograph.
Martinis never took a fine arts class until this year. He is in the humanities magnet program and took art history last year, which he enjoyed. His teacher suggested he try photography. He was skeptical because he says he isn’t skilled at drawing, painting or even handwriting. But he decided to give it a try, going straight to AP Photography.

Congratulations to the 2017 PHS Winners in the Montgomery County PTA Reflections Program
Kevin Su (Junior) received the Award of Excellence for Outstanding Interpretation of the Theme for his musical composition, “Memories of Halloween”
Catherin Gao (Junior) received an Award of Merit/Honorable Mention for her musical composition, “Do What You Love, the Rest Will Follow”

The theme for this year’s competition was “What’s Your Story.” 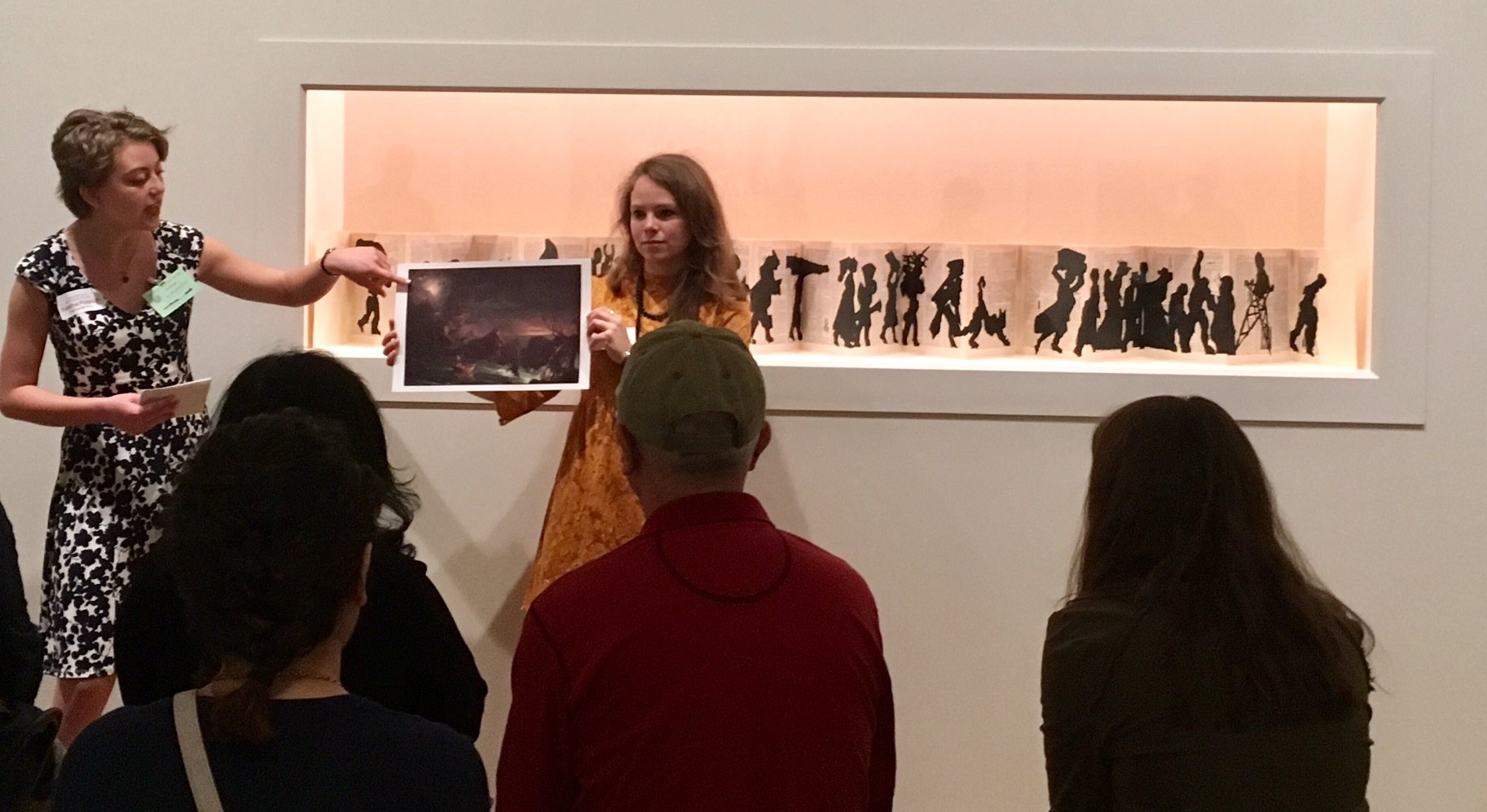 Ms. Fisanich was sponsored by her art history teacher, Shannon Heaton, and was part of a group of advanced art students from 14 different high schools around the DC region. Ms. Fisanich studied the theme of Voyage as seen in William Kentridge’s, Portage (2000) and Thomas Cole’s The Voyage of Life: Manhood (1842). Students also learned about museum careers through behind-the-scenes visits to a variety of museum departments, such as exhibition design, curatorial, and education.
The High School Seminar at the National Gallery is a 10-session program that runs from October 2016 to February 2017

Poolesville students dominated the conference. Nine students won individual awards, and the team won the overall Best Delegation award. This is the second year in a row that we have earned that distinction, and we swept all three awards on the Security Council. All of our students did an outstanding job!

The individual awards went to:

Congratulations to the following students who have been selected as Regeneron Scholars 2016-17 (competition formerly known as Intel Semi-finalists):

These students worked very hard over the summer and beyond to conduct original research. Only 300 scholars were selected from over 1700 competitors from around the country.

Global students participated in Project Green Challenge during the month of October. This competition centered on “green living” through 30 days of environmentally-themed challenges focusing on issues such as energy efficiency, reduction of food waste, and awareness of their overall environmental footprint.

Our school placed 4th out of 536 schools from over 45 countries (including universities)! This project really highlights the passion our students have for the environment.

The finalists — 11 teams from the United States and 10 from the United Arab Emirates — had bested over 400 teams competing remotely in the preliminary rounds in September. The finalists competing on site at NYU Tandon and NYU Abu Dhabi faced a daunting challenge: solve a fictitious murder in part by obtaining the victim’s biometric data from real LG smart watches supplied to the teams by CSAW sponsor Google.

In the United States, top-performing teams from the Midwest, West, South, and Northeast earned prizes to travel to NYU Tandon in Brooklyn to compete in the finals.  For the third year running, a team from Poolesville High School captured the top High School Forensics (HSF) honors. Poolesville, which had both a regional winner and a wildcard team in the finals this year, has fielded finalist teams in every HSF since that contest’s inauguration in 2009. 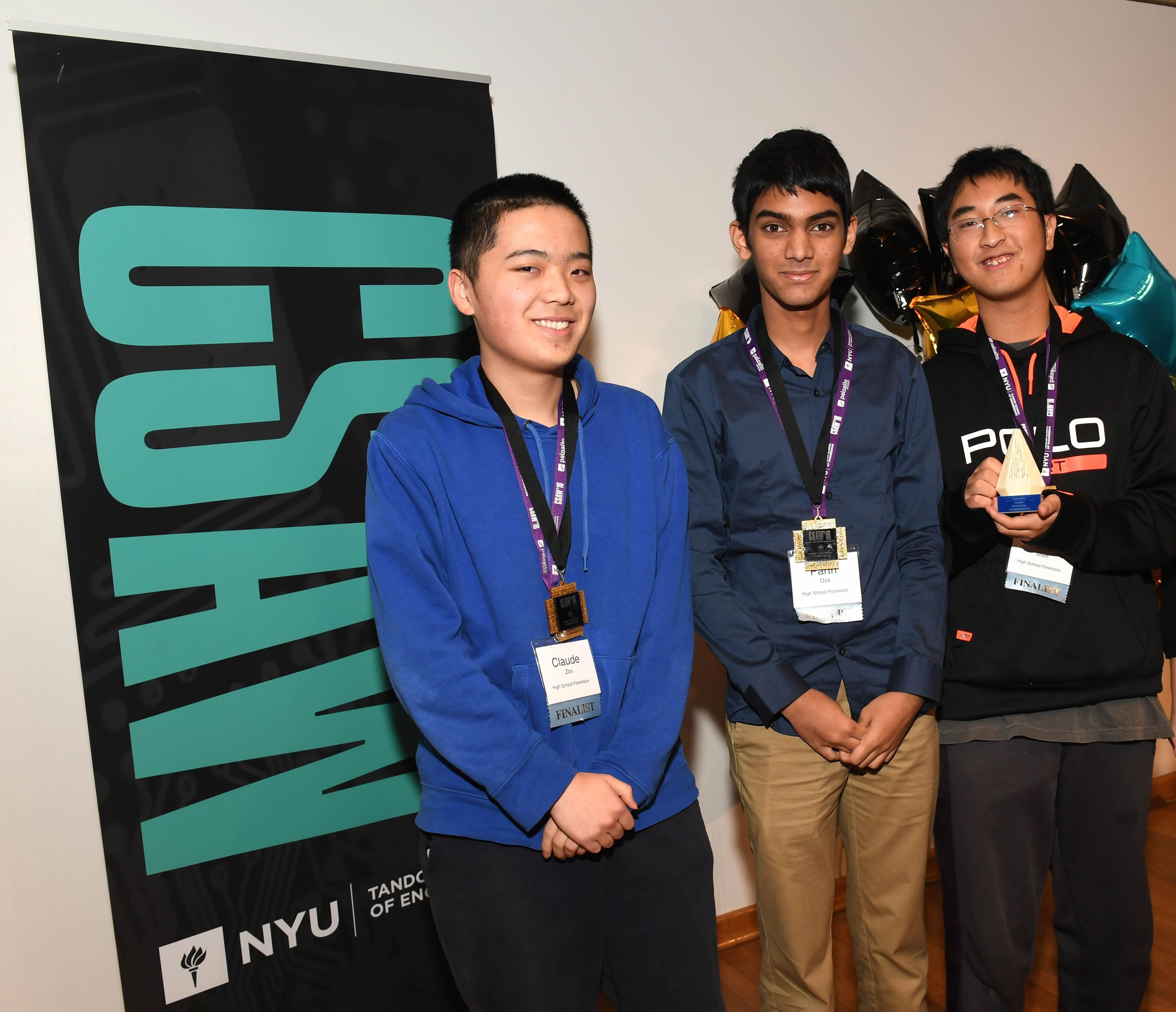 Our InvenTeam has been awarded an $8,000 grant to build an invention. Our team, led by Sahil Mayenkar, worked to come up with an idea that was both useful and unique. The team brainstormed to come up with new ideas, and then did patent searches on those ideas. They settled on an idea, and then worked on a proposal and budget for building the device. Those were submitted to MIT/Lemelson. A committee of judges then selected 15 of those proposals, including ours.
Our club’s idea is to build a billfold-like device that can distinguish between various bill denominations for people with impaired vision. We look forward to seeing what the PHS InvenTeam Club will build!

UPDATE:  Click HERE to see a report by WJLA on the progress of our students!

There are some students who set the bar. They work harder, show more passion and lead by example—in the classroom, on the field and within the community. Wendy’s High School Heisman recognizes Caroline Leng for her dedication to never cutting corners by naming her a School Winner.

The Wendy's High School Heisman was created by Wendy's founder Dave Thomas in 1994. Dave Thomas dropped out of high school when he was 15 years old in order to work full-time and went on to become one of the most successful entrepreneurs in history. While this nontraditional path led to his prosperity, it always worried Dave that others would follow in his footsteps and expect to achieve similar fame and wealth by not finishing high school or attending college.

Faced with this dilemma, at 61 years old, Dave enrolled at Coconut Creek High School in Ft. Lauderdale, Fla., and received his General Equivalency Diploma (GED). Inspired by this moment and with a desire to celebrate the outstanding achievements of youth in America, he launched the Wendy's High School Heisman program.

Twenty-two years later, Wendy's High School Heisman has honored more than 600,000 of the nation's most esteemed high school seniors who share Wendy's values of giving back to their communities, treating people with respect, continuing education and excelling on the athletic field.
The Wendy's High School Heisman is a joint program between Wendy's and the Heisman Trophy Trust, host and custodians of the Heisman Memorial Trophy®.

Aadya Bhaskaran and Divya Gandla competed at the Clean Tech international competition (http://www.cleantechcompetition.org). The challenge was to identify a problem associated with plastics or the need for clean, cheap energy that helps Make an Impact from negative effects of these two areas. The team identified a specific problem and designed a solution that can mitigate the negative impacts. The seniors presented their prototype of a new type of solar cell that can use natural dyes to make electricity and won 3rd place. Congratulations! 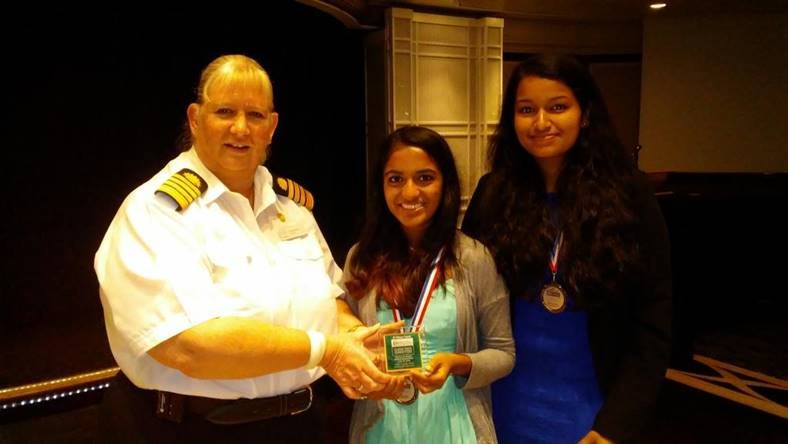