The United States Navy sponsors NJROTC. The Navy free of charge provides all books, equipment and uniforms. NJROTC also provides information for those who wish to join the Armed Services but service in the military is NOT required after completion of the NJROTC curriculum. All NJROTC participants who enlist in the United States Military are instantly promoted upon completion of boot camp. NJROTC participation is also a major help for those who wish to apply to any of the United States Service Academies or a ROTC scholarship.

On Friday, February 10th, 22 cadets from Paint Branch NJROTC took a field trip to Washington D.C. The purpose of the trip was to participate in a mentoring session attended by senior members of the military, government, and executive agencies. The wealth of information provided by the senior officials proved helpful to many of the cadets. Cadets participated in roundtable discussions with people such as Admirals, Generals, and various others. Cadets were mentored and received advice that will help them in their academic endeavours. In addition, many points of contact were established between several cadets and the senior officials who mentored them. As described by Cadet Lieutenant Junior Grade Krystyn Asheikaa “the mentoring experience provided by the field trip was very useful and I think that I will benefit from it in the long run”. She especially benefitted from the experience due to her having established a point of contact with an NCIS Special Agent which could lead to her receiving an internship with the program later on down the road. Moreover, the experience was an invaluable one to the cadets of Paint Branch NJROTC and will stick with them for years to come.

The PBHS NJROTC unit takes several trips per year. On average, the unit takes five one day field trips to various locations in and around Baltimore, Annapolis and Washington D.C. During these field trips the unit visits various museums, attends military ceremonies, and participates in parades and veterans events. Every Fall, the unit takes a five day trip to the Tidewater, VA area were the cadets have an opportunity to visit various military instillations as well as participate in various military training venues. A trip to Busch Gardens is usually included. These field trips are a major part of the NJROTC curriculum, and give the cadets a chance to actually see and do many of the principals that are taught in class.

The NJROTC Color Guard is made up of a group four people who present the National Colors or the American Flag during the National Anthem at football games, basketball games, wrestling matches, other activities by request, and at competitions around the state. The Color Guard Commander is the National flag bearer. There is also the Unit flag bearer, and right and left rifle bearers. We train every Monday and right before any performance. We would like to have a minimum of 16 students who are qualified to present the color at school and community events. Color Guard is a challenging experience, which helps build discipline and respect for the National Colors. Students who are on the competition Color Guard Team earn Varsity Letters at the end of the school year.

The 2010-2011 season has been the best season for the PBHS NJROTC Drill Team since our inception. For the first time the Drill, Athletic, and Academic Teams qualified for the All Area Five competition. The Drill Team placed third in unarmed exhibition drill and had a strong showing in all other events. That year the Drill Team brought home 17 trophies, which far exceeds prior years results. Bravo Zulu to all Drill Team members for job well done. UPI also placed first at regionals during the 2012-2013 school year. This year, the drill team commanders' goals are: to instill discipline, followership, teach and refine the skills of all cadets drill knowledge, and most importantly: WIN drill meets! So far, the team has attended the Seneca Valley, and JFK drill Meets. The team is always improving and will continue to do so at Osborne park, and Gaithersburg drill meets. The team practices Monday and Wednesday, as well as Thursdays the week of drill meets.

The Athletic Team is a different then sport team in Paint Branch High School. Cadets have to do push-ups, crunches, and run a mile and a half. If a cadet does a certain number of push-ups and crunches as well as run the mile and a half in a certain time, they will receive a ribbon for their improvement. The Athletic Team received first and second place trophies in the 8x200 and 16x100 relays. The Athletic Team tend athletic meets where they compete against other schools in push ups, crunches, in 8x200 relay with four boys and four girls, and in 16x100 relay with eight boys and eight girls. Anyone can attend. The team participates in other competitions like softball tournaments, soccer tournaments, and dodge ball tournaments.

The Orienteering team has been to two Orienteering meets this year and has seen an increase in support from cadets.

The Academic Team is made up of the finest cadets the Battalion has to offer. Team members compete by taking postal tests that contain questions based off of the NJROTC curriculum. Usual test topics include Naval history, cosmology, and basic leadership principles. Last year, the Academic Team had great success in its events, finishing at least third in three competitions. 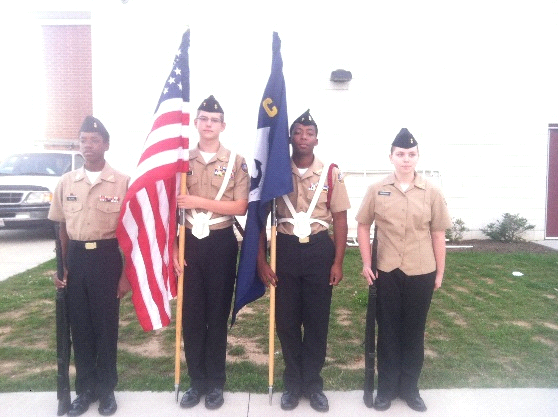 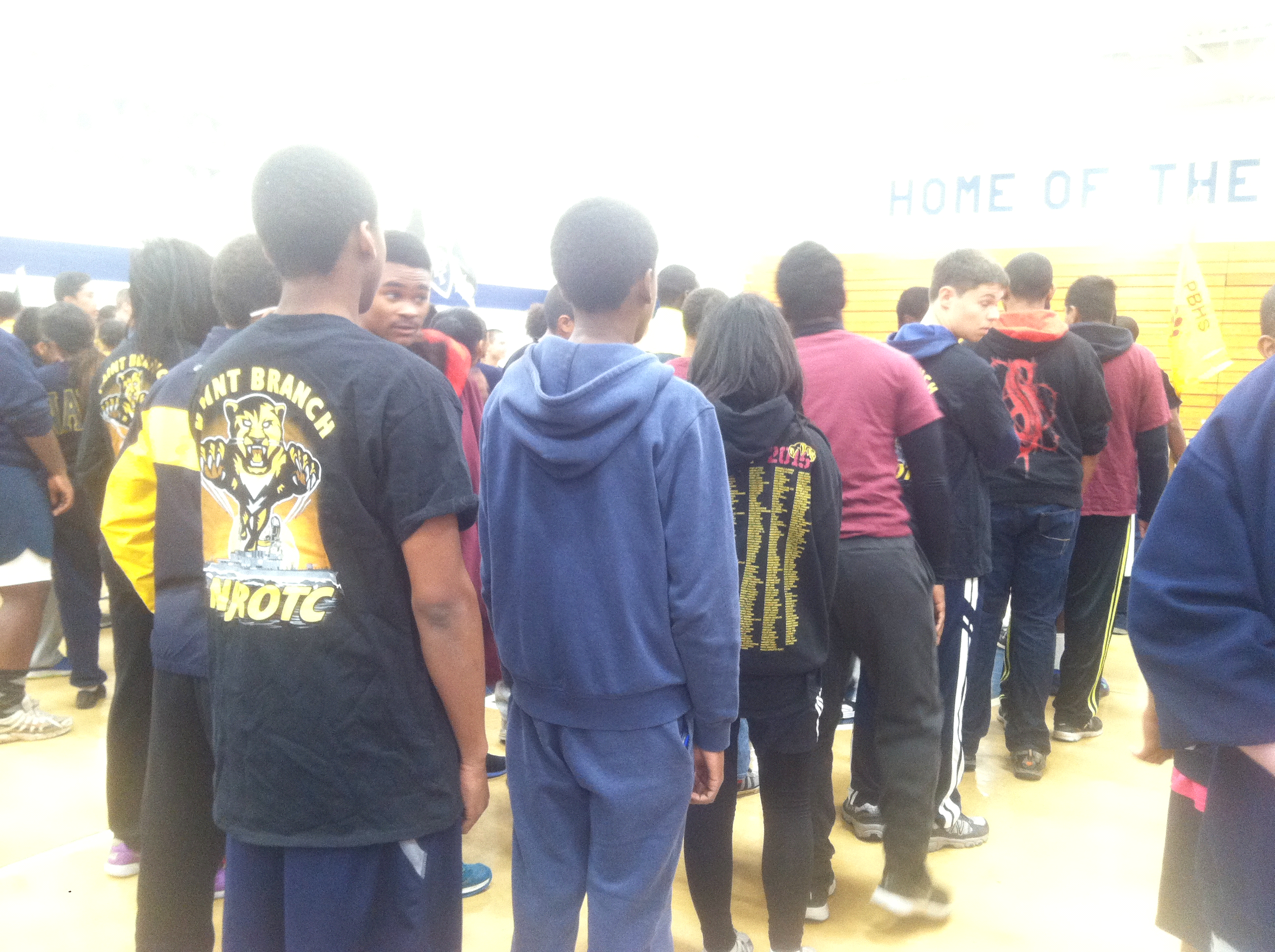