Who was Mr. A. Mario Loiederman?

Click on the image of Mr. Loiederman to watch a 7 minute video. The video will open in a RealPlayer box and may take serveral minutes to load. You will need RealPlayer installed on your computer in order to watch this video. If you don't have RealPlayer click on the link at the bottom of the page and follow the directions to download the player. On April 12, 2005, the Board of Education named the school facility formerly known as Belt MS/DCC #9 as A. Mario Loiederman Middle School.

Mario Loiederman, a civil engineer, served as Chairman of Rockville's Loiederman Associates, Inc. Mr. Loiederman was an active and passionate patron and supporter of the arts in Montgomery County, the State of Maryland and nationally.

He served as President of the Strathmore Hall Foundation, Chairman of the Board of Trustees of the Maryland College of Art and Design. He was also a member of the National Chamber Orchestra board, a member of the Board of Directors of the National Assembly of State Arts Agencies and Maryland Citizens for the Arts, and was Chairman of the Maryland State Arts Council. During his many years of service, Mr. Loiederman also held leadership positions on a number of boards and foundations such as the Maryland Arts Council, Montgomery County Hispanic Chamber of Commerce, Leadership Montgomery and Strathmore Hall.

A. Mario Loiederman had a passion for the arts, and has greatly contributed to Montgomery County . We are very glad to have him as our school namesake!

To learn more about A. Mario Loiederman you can read the following articles written by his younger brother, Roberto Loiederman:

Baltimore Sun Article on the death of Mario Loiederman 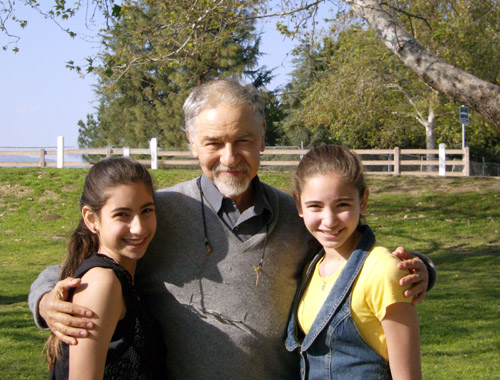