Hallie Wells Middle School is named after a local Clarksburg resident. Both Ms. Wells and her husband were federal government employees. Mr. Wells worked for the organization we know now as the Secret Service, while Ms. Wells worked for the War Department during World War I, and later the IRS. When Ms. Wells and her husband moved to Washington the world was engulfed in World War I. To give relevance to how much has changed since this time, Ms. Wells won the right to vote with the passage of the 19th Amendment. At the time of her move to Washington, Ms. Wells was a modern woman moving from her small town in Tennessee to the nation’s capital. After years of government service, Mr. Wells wished to retire to a farm in Clarksburg. 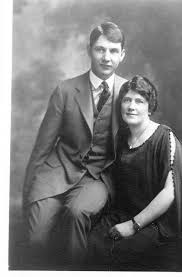 After the move to Clarksburg Mr. and Ms. Wells quickly became well respected and active in the community. The Wells’ did not have children and wondered what to do with their land. Protecting the green space for generations to come was important to both of them. As a result the Wells’ donated the 290 acres to the Montgomery County Parks. The land houses a local park, Ovid Hazen Wells Park (named after Mr. Wells). On the land there is also a small farm where disabled adults work called Red Wiggler https://redwiggler.org/. At the time of the donation Clarksburg was a rural farming community. However, the Wells’ felt the future would hold development of the Clarksburg area, and they did not want to see the beautiful vistas and bucolic nature of their land parceled into unrecognizable lots. While Hallie Wells Middle School is not located on the original farmstead, this site is only a few blocks away.

In February, 2016 in accordance with Montgomery County Public School Regulation FFA-RA, a School Naming Committee was convened. The committee of parents and community members met to review the processes and procedures in naming a school. After careful adherence to the policies and procedures set forth by the Board of Education, the Naming Steering Committee unanimously supported naming the school Hallie Wells Middle School and submitted this name to the Board of Education. Ms. Hallie Wells was the committee’s preference due to her connection to Clarksburg and example of philanthropy. As the committee discussed the importance of a name, they reflected that a name is more than a label, it establishes one’s reputation. Selflessness, caring, honoring green-space and caring for others is the reputation that the community wishes to establish for the school for generations to come On March 4, 2016 the Montgomery County Board of Education unanimously resolved that, “The Montgomery County Board of Education names the school building heretofore known as Clarksburg/Damascus Middle School, “Hallie Wells Middle School.” 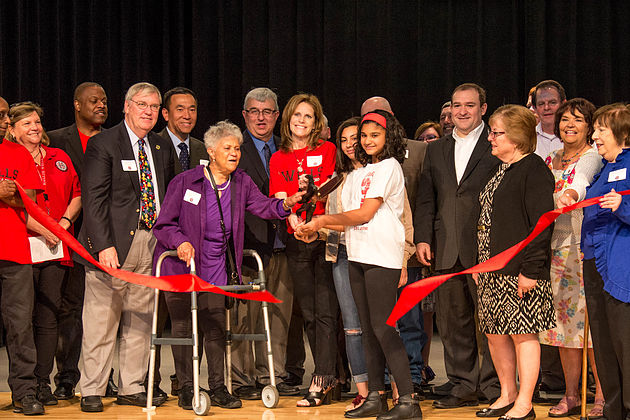 Hallie Wells Middle School opens its doors to parents and students on August 24, 2016.

The Proud Home of the Mustangs

We are the proud Hallie Wells Mustangs! This mascot has special meaning to the school.  In 1981, Ms. Wells purchased the Hershell-Spillman Carousel (circa 1910-1915) which operated for many years at the Smithsonian Institute on the Mall in Washington, D.C.

In her years of service in Washington DC, Ms. Wells noticed how much children enjoyed the carousel. It was a gathering spot and landmark on the National Mall. Therefore, she decided to purchase a carousel for the Ovid Hazen Wells Park in Clarksburg.  At the time of purchase, the carousel was placed in a temporary location in Wheaton Regional Park.  At the time, Montgomery County Parks noted that the carousel would be moved to Ovid Hazen Wells Park when there were, “sufficient number of park users.”

To honor the carousel, Hallie Wells Middle School is proud to have the Mustang as our mascot.

To create a community that empowers every student to

A place to grow and learn

We care about our community

We work to achieve our goals

We embrace our diversity