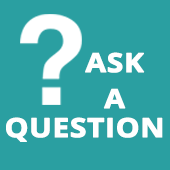 East Silver Spring Elementary School was originally built in 1927, which makes it one of Montgomery County's oldest schools. In fact, in 1992, during Silver Spring's Sesquicentennial, ESS received a commendation from the county for its long and fruitful service to the community.

The original building was severely damaged by fire but was rebuilt and modernized in 1979. An additional wing was added in 1987 and two new wings were completed in August 2010.
More About Us

Mary Amato, local author, will be hosting a zoom visit today, Friday, June 5th at 1:00 for all students! Click for details.

How to enroll your child in school

MCPS has launched a new online registration/enrollment process to support families who wish to enroll their children. Click here for information.

A Message from the ESS staff to the Community - click here!

The ESS Panda Yearbook is here!

Click here to order your ESS Panda Yearbook by May 15th.

Click here for information about the ESS master schedule, links to the Eureka math packets in Spanish and English, and other pertinent information related to distance learning. Mon, June 15
Last day of school for students; early release day for all students (Except for Arcola ES and Nix ES)