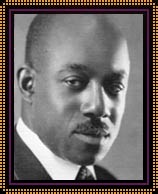 James Hubert Blake was born in Baltimore, Maryland, on February 7, 1883. The son of former slaves, "Eubie" began playing his family's pump organ when he was five years old. At the age of six, he began piano lessons and soon was syncopating the tunes he heard in his mother's Baptist church.

In 1898, when Eubie was only 15 years old, he began his professional musical career. Like most African-American musicians who lived during this time period, Eubie played in honky-tonks, bars, and brothels, developing the "ragtime" style of the 1890s. Much of American music, both jazz and popular song styles, sprang from this form.

One of Eubie's first professional jobs was as a dancer in a minstrel show called "In Old Kentucky." During this time he began to compose his own music. In 1899 his first piece, "Charleston Rag," was published.

Blake met his songwriting partner, Nobel Sissle, in 1915. Together they formed a vaudeville act. They wrote songs and began performing as "The Dixie Duo." Their first song, "Its All Your Fault," was performed by Sophie Tucker (a white singer) and was an instant success.

By 1920, Blake and Sissle decided they were ready for a different kind of performance. Teaming up with another vaudeville pair, they produced the Broadway musical "Shuffle Along." This musical was so successful that it started a trend of Broadway shows featuring African-American song and dance.  In 1921, there were three companies simultaneously touring with the show. Several African-American performers became famous by appearing in "Shuffle Along," including Josephine Baker, Florence Mills, and Paul Robeson. Blake and Sissle also wrote and performed in England. Blake wrote other hit Broadway shows, such as "The Chocolate Dandies" in 1924, "Blackbirds of 1930," "Shuffle Along of 1933," "Sing It" in 1937, and "Shuffle Along of 1952."

Eubie Blake retired temporarily after World War II, but when ragtime became popular again in the 1950s, he began touring worldwide, appearing frequently on radio and television, playing piano, and lecturing about ragtime music. In response to the renewed public interest in ragtime, he recorded "The Eighty-Six Years of Eubie Blake"(1969). He established a music publishing and recording company and performed at jazz festivals in New Orleans (1969) and Newport, RI (1971). The 1978 musical revue "Eubie!" enjoyed a long run on Broadway.

Eubie Blake received numerous honorary degrees and awards, including the Presidential Medal of Freedom in 1981, when he was ninety-seven years old. He remained active in his career for two more years. The death of his second wife, Marion, in 1982 is thought to have contributed to a decline in his own health. Eubie Blake died on February 12, 1983, in Brooklyn, New York, five days after his hundredth birthday. 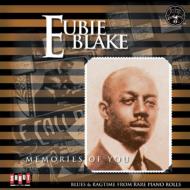 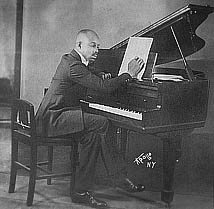