Board of Education → Members → District 1

Dr. Judith Docca is serving her fourth term on the Board of Education and currently serves as the chairperson of the Board's Committee on Special Populations and is a member of the Policy Management Committee and the Fiscal Management Committee. She spent 38 years as a teacher and administrator with Montgomery County Public Schools (MCPS). She began her career as a Spanish and French teacher, and later served as a human relations coordinator, assistant principal at Montgomery Blair High School, and principal at Argyle Middle School.

Dr. Docca has been an officer, Education chair, and Youth Council sponsor of the National Association for the Advancement of Colored People (NAACP). She has served as chair of the Multicultural Community Partnership, president and treasurer of the Montgomery County Alliance of Black School Educators, and a member of the Hispanic Educators Association and the League of Educators for Asian American Progress. She has been a mentor to high school students, a SAT tutor, and served on the Board of Directors for The George B. Thomas, Sr. Learning Academy. She is currently co-chair of the Maryland Association of Boards of Education's (MABE) Black and Hispanic Caucus and a member of MABE's Conference Planning Committee.

Dr. Docca has received several awards and recognitions. In 2012, Dr. Docca received the Montgomery County Human Rights Award. The Maryland State Education Association selected Dr. Docca to receive the 2013 Minority Recognition Leadership Award. In 2013, she also received a Recognition Plaque from the Montgomery County Chapter of the Jack and Jill of America, Inc. and was recognized for her support of the Latino After School Dance activities. In 2016, Dr. Docca received the Life Achievement Award from the National Congress of Parents and Teachers. 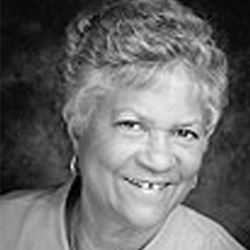 Email: Judy_Docca@mcpsmd.org (see email notice regarding use and privacy)

Away from the dias and beyond the boardroom hear from Dr. Judith Docca about what has inspired her to serve and support the students of Montgomery County.

The e-mail addresses provided are for individual Board members and are provided for the convenience of the public in communicating with particular Board members.

These e-mail addresses should never be used for official communications that must be made to the Board, especially for matters on appeal and legal notices.