Board of Education → Members → At-Large

Ms. Harris has worked as an education advocate in the Montgomery County Public Schools (MCPS) since her son started kindergarten in 2008. She has served in numerous volunteer leadership roles in local PTA and with the Montgomery County Council of PTAs (MCCPTA), including as MCCPTA’s vice president of Educational Issues, three years as vice president of Advocacy, and three terms as president. Ms. Harris also served on the MCPS Superintendent’s Operating Budget Group several times, and on numerous other MCPS work groups and task forces. She also served as a Commissioner on Montgomery County’s Commission on Children and Youth, as an active mentor with Youth Creating Change/Communities United Against Hate, and as a Board member for Big Learning, Inc.

Ms. Harris taught Medical Science with Clinical Applications at Thomas Edison High School of Technology from August 2016 through November 30, 2020. Her other teaching experience includes courses at Johns Hopkins University and Johns Hopkins Bloomberg School of Public Health. Other professional work includes 14 years as an attorney at the US Department of Justice, serving as Tom Hucker’s legislative director in 2014, and two decades of work as a nurse in multiple clinical settings. Ms. Harris received a degree in Nursing from the University of Tulsa, a law degree from Washington University in St. Louis, and a Master of Health Science from the Johns Hopkins Bloomberg School of Public Health. She has one son who is currently a senior in MCPS. 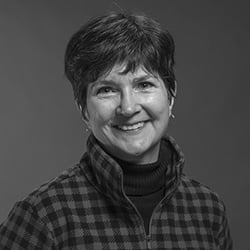 Email: Lynne_Harris@mcpsmd.org (see email notice regarding use and privacy)