Board of Education Redistricting 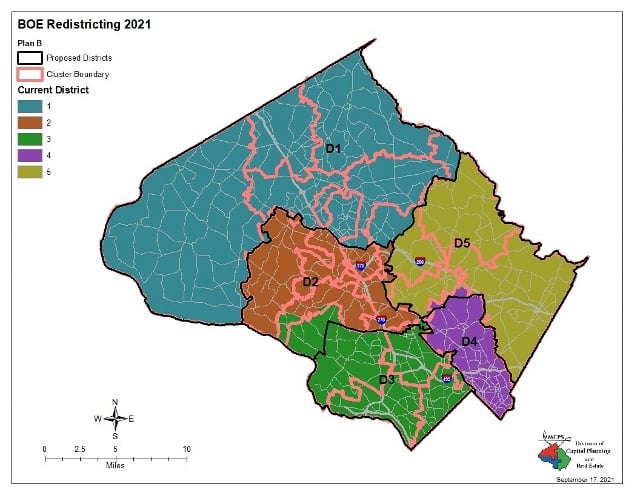 In accordance with Section 3-901(a)(2) of the Education Article of the Annotated Code of Maryland, the boundaries of the five Board of Education districts in Montgomery County must be redrawn after each decennial census to bring the districts into conformance with the requirement that “each district shall be substantially equal in population”. The 2020 Census revealed that over the last decade, the population of Montgomery County increased from 971,777 to 1,062,061, an increase of 11.4 percent.  While each district showed growth, two districts showed disproportionate growth.  Specifically, the population in District 1 increased the most with an increase of 25,502 individuals, a 13.7 percent increase, whereas District 5 saw the smallest increase of 10,185 individuals, a change of only 5.2 percent.  Pursuant to law, the Maryland General Assembly, during the upcoming 2022 legislative session, must redraw the districts so that they can be in place for the June 2022 primary election and the November 2022 general election.

On October 5, 2021, the Board unanimously voted to recommend redistricting plan, Option B, to the Montgomery County Delegation which both establishes districts substantially equal in population and allows for anticipated growth.

Board of Education Redistricting Plan